What is DevOps Anyway? 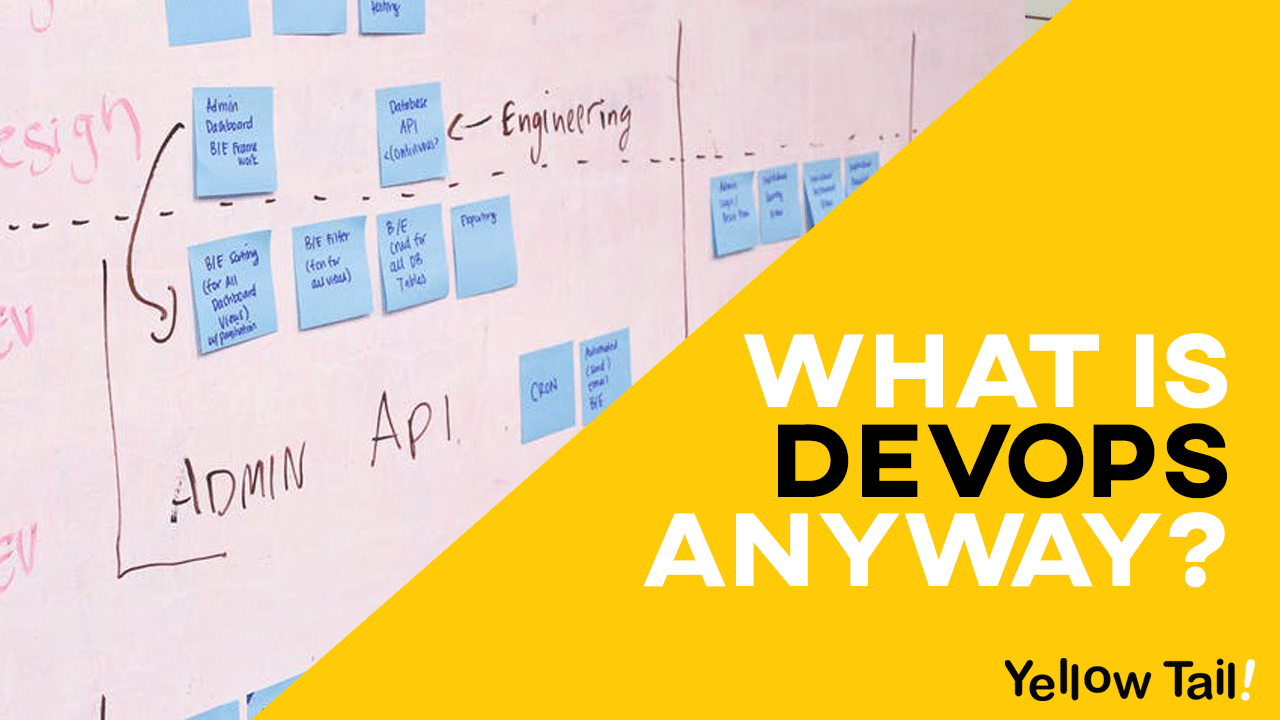 When you combine the two words “development” and “operations” in one, you get DevOps. But aside from the origin of its name, what is DevOps?

DevOps is a movement, a concept larger than its actual self that stems from the collaboration of development and operations. The DevOps model prides itself in being a combination of cultural philosophies and practices, tools that can increase the ability of an organization to deliver their services efficiently. This is something that you can’t buy or download like any software, but it is something that you can learn and develop.

A common misconception is that the teamwork formed by the Development and Operations teams is just that – a continuous integration. DevOps has priorities and objectives that are set to certain goals of the company, but overall, its methodology prioritizes communication, collaboration, rapid IT delivery, and faster production. It shortens the Software Development Lifecycle (SDLC), utilizing feedback loops in developing features and fixing bugs at a high-speed rate.

Whatever the product or service may be, the DevOps model can help in improving and evolving these at a high velocity. And when you combine speed with steady improvement, this can definitely make an organization rise up to leading in the competitive market, all while satisfying and serving the needs of all their consumers.

Though, on the contrary, DevOps does not really differentiate itself from the normal sysadmin sub-disciplines as the “Dev” refers to developers in particular, but really means every individual involved in developing a software, service, or a product and “Ops” acts as a blanket term for the system engineers, administrators, operations staff itself, network engineers, and plenty of other subdisciplines held in the same line as those groups. So, it really proves itself as an effective collision of these two aspects, leading organizations to a much more efficient style of production.

Another thing to note, working together is one of the fundamentals when it comes to integrating yourself in a specific industry, but here, you get a new meaning to it. Gone are the methods that rely on isolation and mere transmission – with DevOps, both the team of operations and development engineers are placed in the same working environment all throughout the development process of each project.

How does DevOps work?
Before, the functions of each respective department – operations and development – were isolated and worked with their own. In the DevOps model, both these departments form a singular team that works on the development, testing, operations, and the forming of automation processes that used to be done manually.

Collaboration is on a whole new level when it comes to DevOps. Aside from the efficiency and improved speed in the development and operations processes, communication still triumphs as the key to everything. With the DevOps approach, communication flows freely and frequently, where the development teams and operations teams do not only talk freely as co-workers and colleagues, but connections are integrated. This itself has the power to boost productivity among each person involved.

There are also a few cases where the teams allotted for quality assurance and security are also incorporated into the singular team – the reason for this is because it effectively speeds up the process of quality checking and safeguarding, which in turns, speeds up the delivery of the systems and software all while ensuring that the process and the products offered are high-quality and extremely reliable. With this team and the various advancements in technology today, customers are satisfied and provided with more value to work with.

How can DevOps be integrated in businesses and organizations?
Despite what you hear about DevOps being easy, it might not be at first. DevOps requires a highly drastic change in the workplace and development culture, as well as the mindsets of all people involved in the business. This is because you have teams that worked independently collaborating with another team. Although this optimizes the process of both departments, it might come off as a shock.

The formed singular team will be tasked with overseeing the overall lifecycle involving the development and production. The primary goal should be that the process is optimized, efficient, and it will ultimately help the organization understand and comprehend what the consumers need, then developing fixes and improvements to help solve those needs.

Even if it sounds easy, a change as drastic as this cannot be done easily – as they say, Rome was not built in a day. In the DevOps approach to development, updates are made smaller BUT are released much more frequently, contrary to the traditional ways where updates were done large-scale but took weeks or months for development. This new process lowers the risks of complications because bugs can be found faster, and it is much easier to identify what went wrong in the latest released update.

Why go with DevOps?

Technology is slowly starting to dominate every single industry worldwide. Software has evolved, as it functions more than a model of support for a business, but it has become such an integral part of the foundation and structure. Right from the operations and development, up to the interactions and feedback from the customers, software has been widely used in optimizing the experience for users and identifying the possible problems in the process.

The DevOps model ensures that the process is uninterrupted and the number one goal will always be developing and transforming only the best software and systems for each customer’s need, to maintain competitive edges in the industry.

A high-performing DevOps team will rely strongly on communication – most importantly, transparency and feedback, which forms a culture based on trust and collaboration within the organization’s functions and with the consumers. Teams that were once independent now share a similar responsibility that creates a system for the whole organization where everyone works to achieve the same goal. DevOps has the power to break down barriers and combine the processes and inputs of two important departments, something that can be used to propel a business to the leaderboards in the industry.

DevOps is a collaboration, a methodology, a culture, and a collection of practices that aim to achieve a certain goal: to develop processes that can provide solutions for the needs of the target market. And with Yellow Tail Tech, you can learn everything about it and more by reading through our programs: Linux for Jobs and AWS for Jobs.

Not that convinced yet? We can prove it to you here. But if you’re all set and ready to schedule a session with our Enrollment Team, click this link Schedule Career Strategy Session.

Are you ready
to get started?

Take the first step by scheduling a 10-minute intro call with one of our enrollment advisors.

Ready to take your IT career to the next level?​

Learn the 4 steps of breaking into Tech without IT background! This video series will guide you on taking your first step into a new IT career.